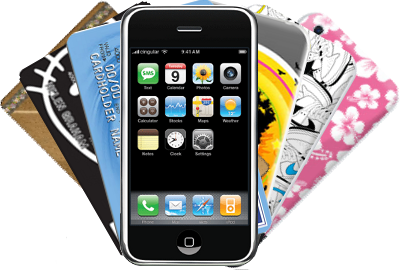 Keeping with the theme of my previous article on Mobile Commerce, I recently read a number of news items that bring to light even more, the big opportunity there is in moving toward a mobile marketplace. I wanted to summarize the findings for you below.

Mobile commerce (a.k.a M-Commerce) is such a rapidly growing segment I wanted to follow up my previous post with more on what is going on in this industry segment.

eMarketer recently released data that detailed a poll by Keynote Systems for Adobe. The poll results revealed that although the rage is on mobile ‘apps’ more consumers prefer mobile browsers to access the majority of mobile content. The only segments that preferred to download an app to access the internet over using a browser were those that related to games, music, or social media (i.e. Facebook, Twitter, etc…)

When it came to the retail category, the data showed that nearly all shopping tasks listed had those polled overwhelmingly preferring the use of mobile access for each task. From price and product comparison shopping to sharing the finds socially, most of the mobile users preferred using a browser rather than a dedicated app for navigating.

On the contrary, although mobile consumers did say they prefer the mobile browser to the mobile app for a number of shopping tasks, they also indicated they preferred using the non-mobile version of the website to actually shop when ready. When asked why this was the case, the respondents suggested a “low awareness of optimized experiences for the mobile web” (i.e. many sites are not easy to navigate when viewed on a mobile device—quite likely because the stores have not invested in a mobile version. I touched upon this very concept in my last article.

When asked, the vice president of ecommerce at Kenneth Cole Productions, Tom Davis, said “this year we expect to put our toe in the water, but we expect sales driven by mobile devices to be bigger than some of our brick-and-mortar stores.”

On a similar note, PayPal recently unveiled its two-click mobile payment system called Mobile Express Checkout. They have been working on this for sometime, and now it’s ready for ‘live’ BETA testing.

With this new system, PayPal feels they have found a viable solution to a long standing problem—that being finding a balance between security and ease of use among mobile users and apps. So far the BETA testers have reported very promising results even going so far as showing double digit sales growth from their mobile stores since implementing the feature. By early 2011, PayPal plans to give Mobile Checkout Express merchants the ability to not only accept PayPal payments, but accept credit cards as well.

Here is an example of how it could be used by retailers. One of PayPal’s initial partners, Starbucks, is going to make it easy for customers to reload their Starbucks card from within the company’s iPhone app.

Mobile is as Prevalent as TV

In another report by ABI Research, it is reported that 5 billion of the world’s 6.7 billion people have active subscriptions to mobile devices. This is an astonishing fact that further shows mobile devices are as common as the television set.

ABI further reports that with the introduction of high-speed 4G data technologies, subscription growth rates should stay strong even in regions which are considered ‘hyper-saturated”. In fact, by 2015, it is expected that 6.4 billion people will have mobile subscriptions and at that time, 169 million of them will be to 4G technologies.

With the rapid growth of this technology and its usage rates, mobile marketers have enormous opportunity in front of them now and on the horizon. 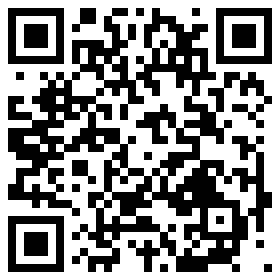 If you’ve been entertaining dreams of taking your website mobile, but weren’t sure where to start, consider getting your feet wet with QR Codes.

In the simplest terms, QR Codes are the 21st century version of the bar code. Standing for “Quick Response,”  these two-dimension pieces of matrix code are programmed to be used at high speeds.

QR codes got their start in the manufacturing industry, where users would point, scan, select and move on. Soon, retailers and other businesses caught on to the QR trend and began using them on everything from magazine ads and business cards to candy wrappers and store windows.

You may be wondering:  How would I scan one of these codes if I don’t have a trusty scanner like I see at the store?

I’m happy to say that if you have a mobile phone with a camera and a QR reader application, then you’ve got yourself a scanner.

Creating and using QR Codes is extremely easy.  All you need is a QR Code Generator. I’m personally a fan of Kaywa.com (//qrcode.kaywa.com); however, if you search for QR Code Generator in your favorite search engine you will likely find one that suits your needs.

Once you’ve arrived at your QR Code Generator page, decide what you want the eventual QR code to point to. Do you want to point people to your website? Maybe your phone number? Perhaps a text message? Whatever you choose, include that information and then choose the size of code you want. The code you see above is a size L; there are smaller sizes and an extra large size available.

After you’ve indicated the size and destination of your code, select the Generate button. You’ll see code that you can then plug into a website, blog, or other documents.

You can also save the image (right click > Save As) to use the QR code on a business card or other print out.

Now that you’ve created the QR code, how can you use it to go mobile?

Remember, I said we’re just getting our feet wet. These codes won’t magically produce a mobile app for you. What they will do is help act as an extra calling card or marketing tool for potential customers who can’t make a purchase right that very instant.

As an e-commerce retailer, consider adding QR Codes to specific pages or products on your site (for example: discounted merchandise, new products, a “Don’t want to miss this!” product or page). Again, think of QR codes as an electronic flier that your customer can have handy on their mobile phone.

If you want to test if your codes are working, consider creating a special URL on your site for QR Code related items. Anyone that arrives at that page did so through a QR code.

This might be a little new fandangled for most people, but QR codes are quickly becoming the next big thing according to many industry experts.

Listen to What Others are Saying

Professional, Expert, Worth Every Penny

I Wish I Had Run Into Eric Sooner

Connect With The Expert

We use cookies to ensure that we give you the best experience on our website. If you continue to use this site we will assume that you are happy with it.Ok